If life itself is our greatest teacher, then a student who can apply lived experience to classroom learning benefits from a superior education.

William Greenlaw ’22 not only has these tools, but he already applies them to the law. Growing up in what he describes as a working-class Indiana family, Greenlaw once provided legal services to a labor union and co-founded (with Abraham Barkordar ’22) the Plaintiffs Law Association at Harvard Law School, of which he was also co-president.

“Life cannot just be seized, greed and gain. Instead, we should do our best to focus on the least, the lost and the left behind,” Greenlaw said, paraphrasing his pastor ( “among other things,” he noted.) At Harvard Law, his goal was to “find out how best I could do it.”

Greenlaw has long championed the underdog. As a data analyst in the New York State Attorney General’s office before joining Harvard Law School, he helped fight wage theft and anti-competitive corporate mergers, identifying criminals in col white “who used their power and privilege in society to take advantage of people who didn’t have these things.

But after starting law school, the 2017 Harvard College grad struggled to figure out how to replicate that kind of experience. “There were a lot of opportunities in the general law, but there weren’t a lot of opportunities to work in plaintiff firms – or firms adjacent to plaintiffs – that would do the kind of work we envisioned,” did he declare. That work, he explained, is often “cases that people are concerned about, whether it’s holding big tech accountable for privacy violations or big industry accountable for antitrust violations.”

Such efforts don’t just help individual customers with their suits, he noted. Ultimately, “through strategic litigation, we can compel bad actors to change systems of their own design.”

The idea of ​​a plaintiff-focused law school had immediate appeal. “Many students were unaware that there was a gap in the type of legal opportunities available. They didn’t know that a plaintiffs’ firm was an opportunity.

My interests are always aligned with the value of trying to work on behalf of workers. …To use the incredible privilege and benefits that I have received in my life, whether from my family, my community, my friends, my mentors, and to project that outward.

The organization has worked hard to make these opportunities a reality, holding two job fairs so far and placing a number of students on internships. “I think there’s a lasting appeal to that, once we make it known that these opportunities are available,” Greenlaw said.

“My interests are always aligned with the value of trying to work on behalf of workers,” he continued. “To use the incredible privilege and benefits that I have received in my life, whether from my family, my community, my friends, my mentors, and to project that outward.”

The sense of fairness at the heart of Greenlaw’s work stems from personal tragedy. A first-generation college graduate, Greenlaw describes his Harvard experience, in the words of poet Langston Hughes, as “a dream carried forward for my family.” His mother had enrolled in an institution that was later purchased by a for-profit college and closed “under mysterious circumstances”, leaving her without recourse, he said. A 16-year-old army veteran, her mother had left the service when she was placed in a position she deemed unsafe. After her release, she found her benefits “completely opaque” – a common complaint among veterans – and difficult to access. The situation was aggravated by depression and difficulty in finding gainful employment. A black woman, she also found her complaints of chest pains ignored when she sought medical help, he said. Due to an undiagnosed blood clot, she died of a heart attack during Greenlaw’s freshman year.

“At each of those times, there was an aggravated disadvantage to my family,” Greenlaw explained. “If government policy was different, she could have stayed until she retired. If the veteran’s benefits were clear, she could have gotten them sooner. If there had been law enforcement to stop employers from abusing their employees, she wouldn’t have jumped from job to job. If doctors were more sensitive to systemic racism, she would have received better care.

Despite these systemic failures, Greenlaw sees both reason for hope and a call to action. “I think the law is becoming more and more aware of this,” he said. “But we are not there yet.”

The drive to embrace such change also has roots in Greenlaw’s family. Driven in part by his father’s history as a steelworker and his stepmother’s as a United Steelworkers (USW) union organizer, he won a Peggy Browning summer scholarship and spent the summer last with USW in Pittsburgh. “I don’t think I’ve ever worked so hard,” he said, of the time he spent researching labor issues, free speech, as it relates to organizers and employees, collective bargaining strategies. “I’m learning more and more about how to enforce the law on behalf of the workers the best I can,” he said.

This was true throughout his time at Harvard Law School, said the professor Ruth L. Okediji LLM ’91 SJD ’96, professor of contract law at Greenlaw, whom he describes as a mentor. “William was always on the lookout for people, issues, or insights that were invisible in the doctrines and jurisprudence he studied,” said Okediji, the Jeremiah Smith. Jr, professor of law and co-director of the Berkman–Klein Center. “He didn’t want to wait until graduation to tackle tough issues or shine a light on the darkest places in society. From the first day of class as 1L, William intended to use his legal training to “turn mirrors into windows”, enabling him to see, hear and act on the silence of those who were too tired to speak – like union members. where his father was also a member.

After graduating on May 26, this journey will take him back to Indiana, where he will clerk at the United States Court of Appeals for the Seventh Circuit in Bloomington, followed by a clerkship at the District Court. of the United States for the Southern District of Indiana in Indianapolis. After that, he plans to become general counsel with the aim of eventually working for the Department of Justice.

“My ultimate goal is to use the law to the benefit of workers who don’t necessarily have that voice,” he said. 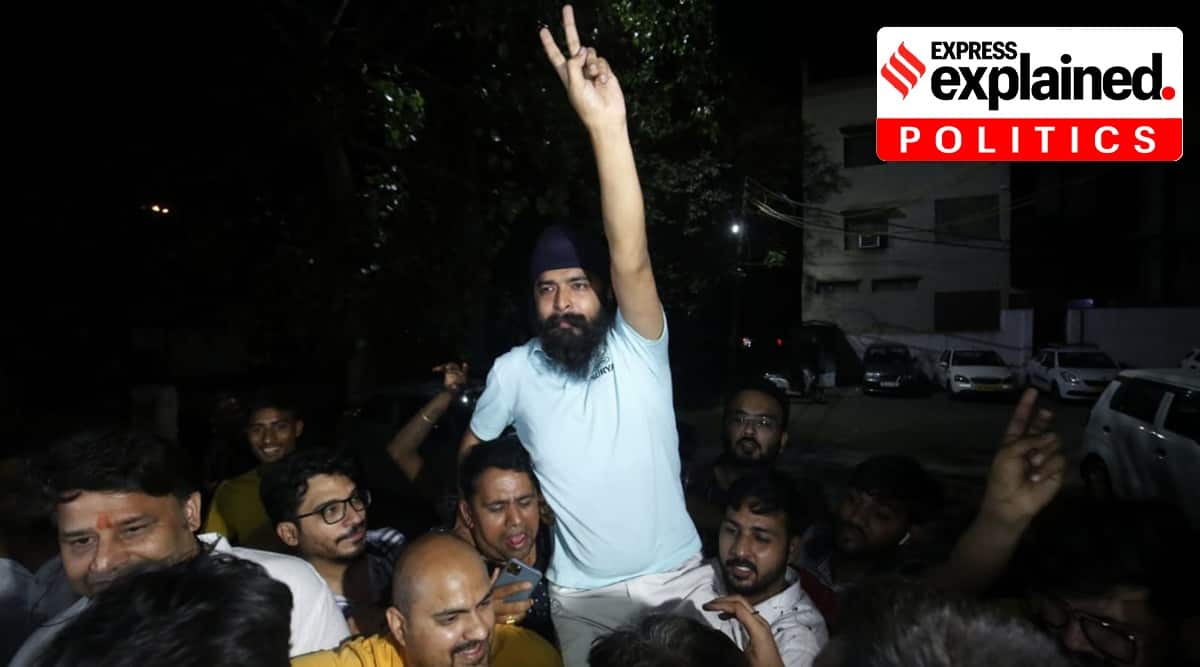